Who are Mugler women?

Powerful, mysterious, sensual, daring, dreamers... Multi-faceted and complex, the MUGLER woman has many faces. MUGLER has always helped women to assert their personality through extraordinary creations. Whether armed with perfume, a suit or a dress, these are enhancements as much as they are protection. Who are the true MUGLER women? International Women's Day is the perfect occasion to celebrate them.


MUGLER, OR THE ODE TO FEMININITY

Business women, mythological creatures, glamour icons and Hollywood divas... Powerful women inspired Thierry Mugler, visionary creator. So much so that he conceived of revolutionary fashion creations that add enchantment to every day as well as transform women’s bodies. 30 years of creation later, MUGLER is, more than ever, a brand that serves women. Through the art of storytelling and unique expertise, MUGLER puts women in the spotlight with a dimension of spectacle and a touch of the extraordinary, adding extra soul to their every day and an air of nonchalance to their silhouette. And, of course, an unforgettable olfactory signature...

THE WOMEN WHO INSPIRE MUGLER

Overflowing with talent, power and freedom, the friends of the Maison MUGLER are exclusively dressed by Casey Cadwallader, MUGLER’s Artistic Director, who has devised spectacular show-stopping outfits for them: Dua Lipa, Miley Cyrus, Beyoncé, Kylie Jenner, Ariana Grande, Bella Hadid and Cardi B, to name just a few. Though they often seem like they have walked straight out of a dream, they are, before anything else, strong women who assert their strength and express themselves with authenticity and sincerity. With her comfortable yet sophisticated, spectacular yet desirable fashion, Casey Cadwallader aspires to dress all women, no matter their age, silhouette or skin color.


As for our perfumes, they are embodied by two cosmic forces: Jourdan Dunn, Alien solar muse, and Toni Garrn, Angel and Angel Nova stellar beauty. Two women who have had extraordinary careers with global impact, and who, above all, never forget to keep themselves connected to the world through their commitment to charity and their support for women.

Jourdan Dunn became an ambassador for a foundation which helps children with sickle cell disease after her son was diagnosed with the genetic disorder. Toni Garrn works to help young girls in Africa, offering them access to education and, in turn, opportunities for the future through her namesake foundation.

MUGLER PERFUMES FOR ALL WOMEN

Through these multi-faceted perfumes, MUGLER pays tribute to women’s versatility. Like women, they are in a state of continuous change, they are complex and elusive... Each with their unique characteristics. 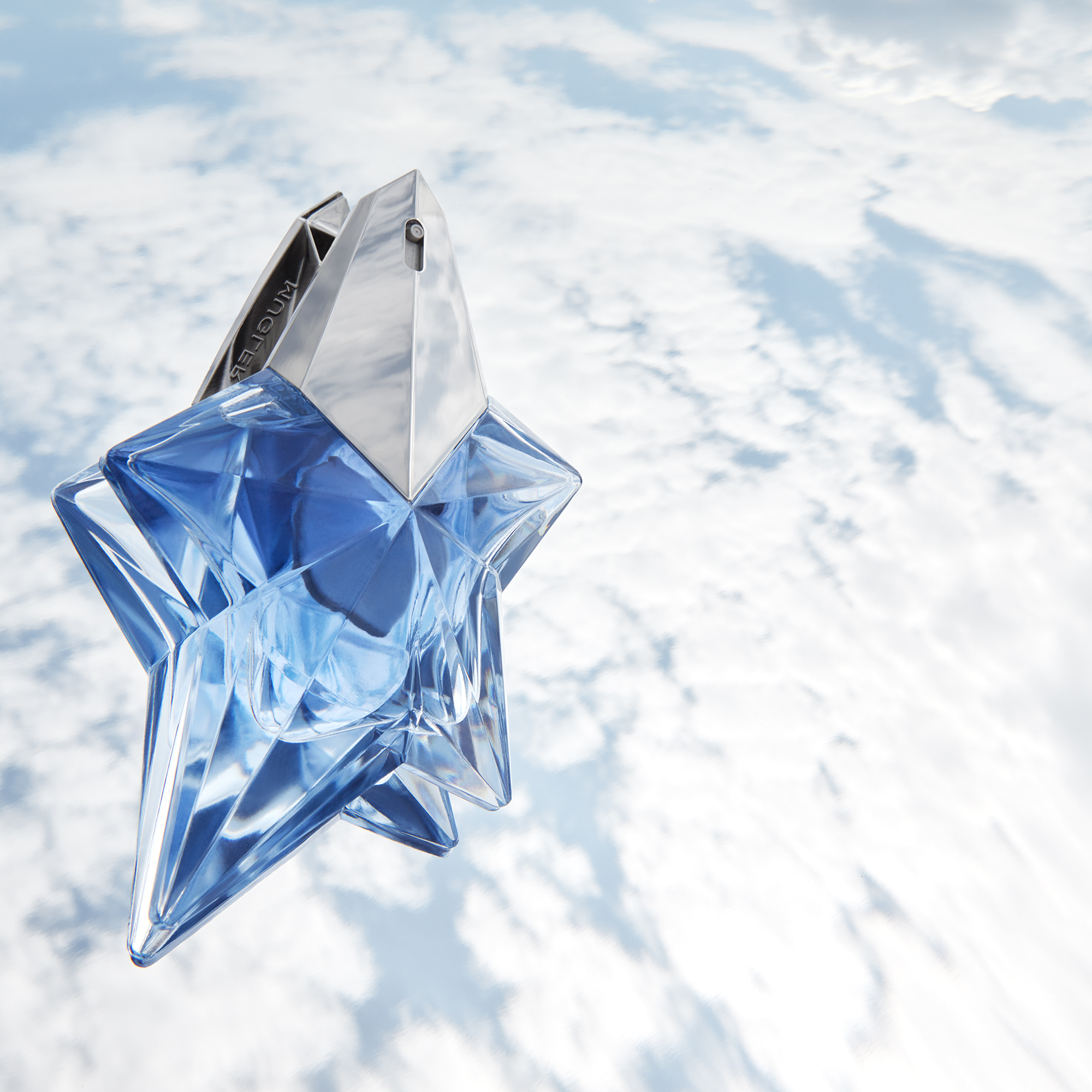 Angel, an Eau de Parfum for a glamorous, ultra-feminine and voluptuous femme fatale. A multi-faceted woman, just like her favorite feminine perfume. Like the praline accord, she is sometimes gentle and sweet, and then just like the overdose of patchouli, she is sometimes irresistible and sophisticated. Unpredictable and spontaneous, the Angel woman always surprises.

The Alien woman radiates positive energy and good vibes, leaving a sensual trail with notes of Sambac Jasmine and Cashmeran Wood wherever she goes. Her force is rivaled only by her calm and serenity.

The Angel Nova woman is ready to chase her dreams, to fight for a destiny that is anything but ordinary. Determined, nothing stands in her way. Her signature? A fruity raspberry delight with floral notes of rose with a touch of woody notes to assert her ultra-femininity.

Carnal and animal, she relies only on her instinct, her best ally, to guide her. When with her, quickening hearts are worn on their sleeve. Just like that of a beating heart composed from rhubarb leaves and an intense bourbon vanilla accord which beats for Aura MUGLER.

Because we believe that a better world is one where women have the power to dream of what they want then live it out, where they have the freedom to be who they want to be. MUGLER wants to help women reinvent themselves and to become the heroes of their own story through extraordinary creations designed to live up to their dreams and ambitions.

On the same topic

DISCOVER OUR LATEST NEWS IN EXCLUSIVITY.

Who are Mugler women?

Cosmic Mother's Day – Which fragrance for her?

For the best experience, please turn your device